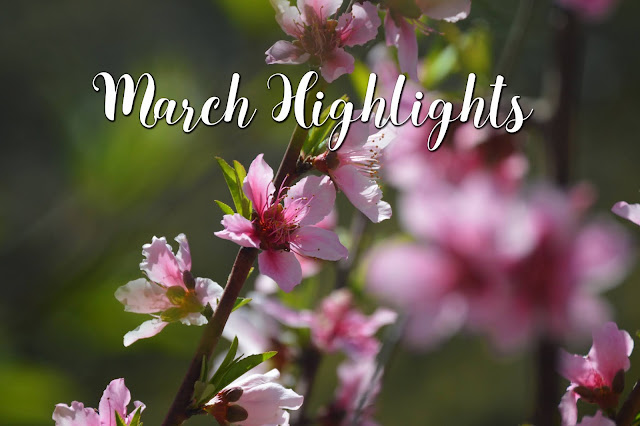 Honestly the best thing about this whole month was my friend Micaiah coming!!! The morning she came I had to go to work, and my boss agreed to let me stay after so I would be close to the airport. The girls I watch were so excited because they got to show me Soul. I was not impressed. XD But then I got to go get Micaiah!! We hadn't been able to meet up since 2017, so it was a very happy reunion. Her trip was packed, and amazing. We met with another writer who lives in the area, Hannah Wright. We saw the Silos, and stayed overnight at the beach, went to San Antonio and saw the Missions. We watched a lot of fun movies, spent an insain amount of time in the car, and just talked. <3 I haven't had this much fun with a friend in a long time. 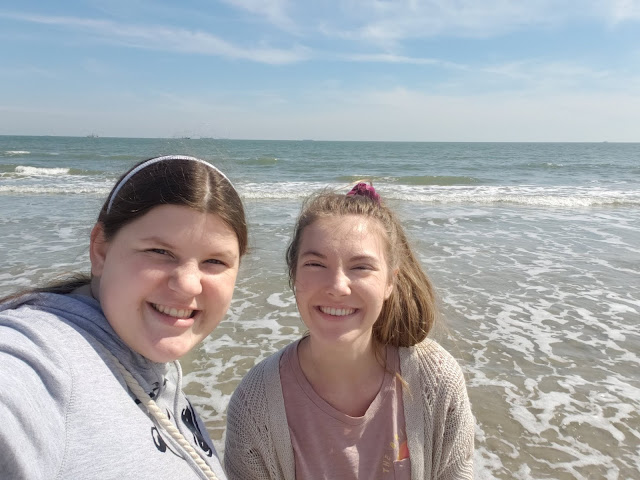 The library opened again!! It had been open last year, but closed down with the surge in November. It's open again with a lot of restrictions, but I am so happy to be able to walk around the library again.
We did a scavenger hunt at our zoo! You had to do a lot of wackey things you had to do, but it was fun. We ended up ranking number one of the hunt because we did the "Sally's Sea Shell's" tunge twister perfectly five times and earned a lot of bonus points. =)
One of the family's my sister and I work for is moving and we got to go to the new house! They'll be renovanting it, so look out for a lot of mentions of being over there helping. XD
I went into work today, only to discover that the family was on vacation. XP So I grabbed myself a drink at Starbucks, and enjoyed my week off. I had been rather stressed about all the work I needed to do, so it was a very nice break from that. I did some writing, weeding, and a ton of cleaning.
I didn't really do a lot noteworthy this month other then hang with Micaiah. I went to work, I tried to write, and did a lot of weeding. When work is crazy and I'm trying to get away from overthinking words, or the every mounting mess in my room, I like to go out and weed in my mom's little "special spot" out in the front of the house. We have a little barn cat who loves sitting out there, and she likes to follow me around as I work. <3 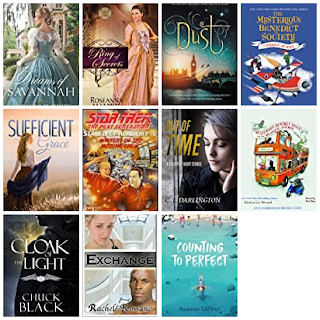 My favorite new read was Dreams of Savannah by Roseanna White. It was an amazing look at the Cival war. My favorite re-read was Riddle of Ages by Trenton Stwart. My least favorite book was the Star Trek novel - it was very forgettable. 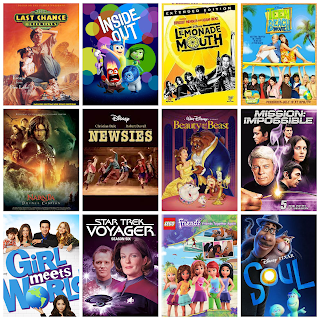 Inside out:
This was a re-watch for me (at least my fifth time). It's a sweet, funny, and while not super consistent, it's got some great moments.
Mission Impossible:
I love mission impossible. My sisters and I re-watched a couple episodes of season five, which is the best season.
Beauty and the Beast:
I hadn't seen the old animation since we saw it on VHS probably ten years ago. I didn't enjoy it as much as the play, but it's still an epic movie.
Last Chance Detectives:
This movie is just about the best. Christian kids, good story, epic dog. It was just fantastic.
Lego Friends:
I picked this up at the library because some of the kids I watch love lego friends. It was decently cute, but nothing to fantasic. Cute at best, forgettable at worst.
Star trek:
My sister and I are on season six of Stt Trek voyager. It isn't my favorite because we have to skip a lot of episodes.
Prince Caspian:
Micaiah and I re-watched this. It is my favorite Narnia film. It makes me want to cry every time. <3
Teen Beach Movie:
This movie is adorable. I don't love some of the feminist messages they pushed, but Brady was fantastic.
Lemonade Mouth:
Micaiah showed me this. It was adorable. The music was great, and I loved the characters. It didn't have super relatable themes, but it was fun.
Soul:
I have a lot of mixed thoughts about this one. I did love the message about enjoying the little things, but other then that the point was... very unclear to me. 22 is contrary, and doesn't want to live... because. Just because. This movie had some cute points, but I just did not understand the hype.
Girl Meets World:
Micaiah showed me a few episodes. Disney shows are just not my favorite. I'm not a big fan of how cheesy they are, or choppy.
Newsies:
Micaiah gave this to me awhile back, so it was great to finally watch it together. I don't love Jack's propensity to lie, but David is the best.

A Foggy Beach A Farm Girl's Life
Warm Weather at Last Ellen's Musings
Tour of My Mug Collection Hailey Hudson
Destiny and the Masters Hand The Destiny of One
I had a blast this month. Hanging with Micaiah was amazing!! How was your month?

Posted by Mikayla Holman at 5:34 PM No comments: 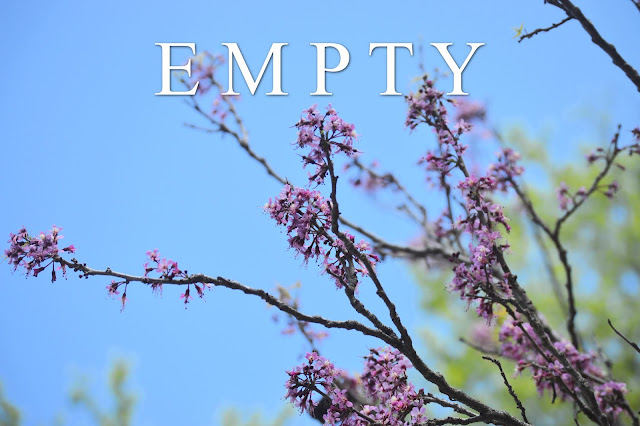 This year I feel empty
Like there’s nothing left to give
I came to this holiday
Hoping to be full of happiness
To be excited as it came
Instead I came tired
Drained by daily troubles
Using bad coping mechanisms
Trying to just hold on
I don’t have anything to give this year
I’m empty
And I’m tired
But Easter was a day
All those years ago
When God gave us back what we’d lost
He restored the broken pieces
He bound the wounds
And His disciples
Well, they were broken going in to
Crushed by the weight of his death
So maybe this year
I’m feeling more like the disciples
Then ever before
And maybe this year
When Sunday comes
And we’re reminded He’s alive
I’ll feel the joy they felt
In knowing He won
And the days in between
Were not spent in vain
Even if I feel empty now
His grave is empty
He won over death
And now He lives in me
So I can live full
I hope y'all have a great Ester!

Email ThisBlogThis!Share to TwitterShare to FacebookShare to Pinterest
Labels: Poetry 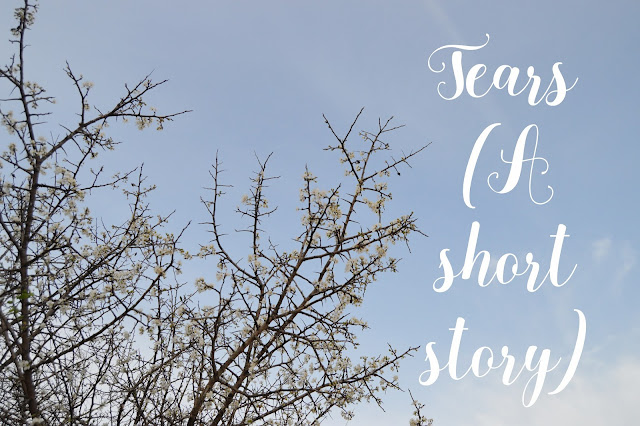 I am so excited to finally be sharing some of my flash fiction! This is one I wrote during NaNoWriMo last year.

The tears wouldn’t come. I had tried pressing my eyes closed, willing myself to let the pain seep out, but I couldn’t. It was the last straw. The last bit of my sanity fading. One by one all my avenues of escape had been cut off. All the ways to let the pain release had been ripped away from me. I wasn’t allowed to speak. I wasn’t allowed to read. I couldn’t go outside.

And now my tears had abandoned me too.

Years of shouting had taught me to stop crying when commanded. They never told me I wouldn’t be able to start again.

I blinked up at the bottom of my bed. My one place I felt safe. No one had ever found me here. I was alone.

It wasn’t the escape I so desperately wanted, but it was something. Some shred of sanity I could hold onto.

Footsteps came from nearby and I dug my fingers into the flattened carpet beneath me. I blinked up at the wooden slats. Time had taught me not to cry out. Not to breathe too hard. If it was one of the Prats, they would leave soon enough when they didn’t see me.

But the footsteps stopped just in front of my bed. I swallowed. I had made sure the sheet was hanging over the edges of the bed, but what if they found me anyway?

There was a thud, but I didn’t jump. I couldn’t. I was too scared. Too afraid that I was about to get chewed out for being under here.

The blanket moved on the other side of the bed and I inwardly braced myself.

I let out a shaky breath as Jake appeared. I opened my mouth to say something, but no sound came out.

He didn’t say anything either, just scooted further under the bed, the quilt dropping down behind him.

I swallowed, forcing the lump in my throat down. I needed to speak. But he didn’t force me. Jake just laid there, putting his hand on top of mine.

I stared at his hand, trying to figure out what to say. Or if I even could say anything.

Jake squeezed my hand. He was here. Not leaving. The message was clear.

And as I looked up at met his brown-eyed gaze, I knew he meant it. He cared.

In all this time he had never left, and he had never told me what to do. He had supported me and given me a way to get out if I needed it. He had found a family willing to help me. Which was more than anyone had given me.

For five years the only thing he had ever asked of me is that he be allowed to be my friend. To text when I needed to talk. To sit with me at lunch. To give me a hand to hold. He had given up friends to be with me. He had always been here.

He scooted closer, wrapping his arms around me.

At that moment I knew I needed to leave this place.

And that’s when tears began coursing down my cheeks.

Email ThisBlogThis!Share to TwitterShare to FacebookShare to Pinterest
Labels: Writing

(The snow was a month ago and it is now full-on spring but this picture felt right.)

For no good reason

Is mostly a reflection

And all that will be left of me

Is the dark side

Email ThisBlogThis!Share to TwitterShare to FacebookShare to Pinterest
Labels: Poetry 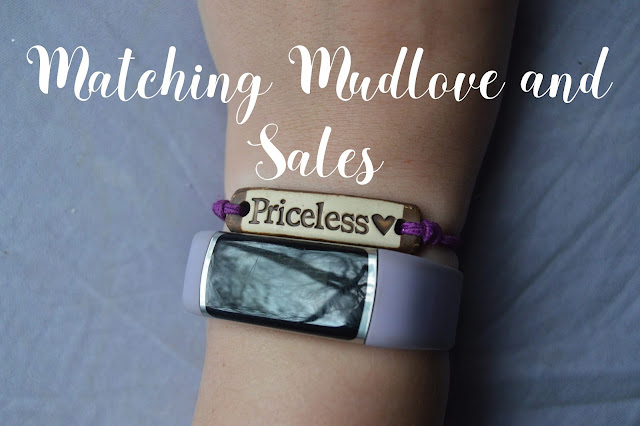 When the pandemic started Mudlove.com came out with bracelets that said "In this together." My family got one for each one of us, and sent some out to friends as a reminder we were not alone. Over the years that I have brought from Mudlove getting matching, bracelets has been one of my favorite experiences. And the cool thing is right now they're having a buy one, get one free bracelet sale! So f you want to try a couple of their bands, or do matching, now is the time! 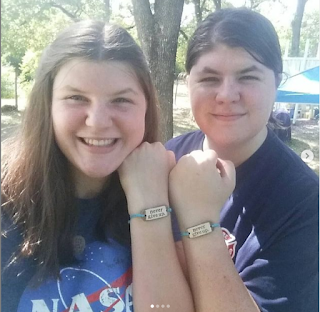 I got my first matching Mudlove bracelet with my sister in a sale like this a few years ago. My sister and I chose ''Never give up" and did a matching set with teal bands back in 2018 and it is still one of my favorite bands. Now I have several matching sets with my siblings, and I am considering doing another set with this sale. ;)

If you're interested use the code MIKAYLAHBOGO at checkout! While you're over there, you should check out their doodles (tiny bracelets with pictures on them) because they're on sale! I just want to note that you do not have to use this code to do matching bands, it's just buy one get one free however you match it.

THIS SALE IS OVER.

What's something you're grateful for this weekend? 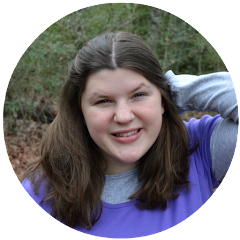 Hello, I'm Mikayla, a twenty-one-year-old homeschool graduate from central Texas. My biggest dreams are to write Christian YA fiction, be a nature photographer, and do some world-changing. I have a bit too much of a love of chapstick, checking out library books, and making cookies.